SDDC Greece Detachment.
“This port would be great for ammo transshipments,” I told
George Kokonos, SDDC Greece Detachment Terminal Manager,
who was standing next to me overlooking the port of Astakos,
Greece. We had come to survey this private port on the west
coast of Greece in early 2007. The port was funded and owned
by a private company and was just recently completed. As a
result, the port is still not very well utilized. During our visit,
there were no vessels in port, just three large gantry cranes
overlooking lots of open pier space and vessel berths with a deep
draft of 46 feet. The port is also located far from any populated
areas.
George agreed with me. In the past few years we had done some
ammo transshipments for cargo to/from CONUS going to/from
Turkey, Bulgaria and Israel. The last few operations had been
done skin to skin, in stream, in Souda Bay Crete. Numerous
obstacles make these types of operations difficult. Bad weather
can delay operations due to the vessels heaving to and fro, one
vessel may be delayed which requires the other one to wait,
and the equipment available (onboard or floating cranes) makes
it very slow going. Continuing to view the port of Astakos,
George and I talked about the efficiencies we would gain moving
these operations here from Souda Bay. We wondered when
the next one might take place and would we be able to convince
everyone to make the change. We didn’t have long to wait.
In June 2007, we heard the first rumblings of a large ammo
mission destined for Ashdod Israel and would need to be transshipped
en route in September 2007. In the past, we had worked
with loads of 10 and 15 containers at a time. This mission called
for the movement of 690 containers. Due to NEW restrictions
in Ashdod Israel, the shipment would be split onto six different
vessel loads over a four week period, approximately two vessels
a week. George Kokonos and I started to call various agencies
and offices to discuss the idea of moving to Astakos, Greece.
Deane Swickard, the SDDC Liaison Officer to EUCOM was onboard
right away. The Navy took a little longer. The Explosives
Safety Office in Souda Bay Crete was somewhat skeptical in the
beginning. They felt there would be numerous problems with
doing such a large ammo operation and were not keen on locating
it in a port instead of in stream. However, once they visited
the port, along with us and MSC, everyone was agreed that this
would be the best place to execute the mission.
By August, details of the mission were firming up and we were
in the thick of planning for the mission. George Kokonos completed
two requests for OTOs, providing port services in Astakos
and Ashdod. Since we would be working in both ports at the
same time, our own home office would need to remain open for
a long time, and having only a total of nine personnel, we went
to our parent battalion, the 839th Transportation Battalion for
additional personnel. George Kokonos was going to supervise
the mission in Astakos and I would supervise the Ashdod mission.
We went to the DAO (Defense Attaché Office) at the U.S.
Embassy in Athens Greece to get the appropriate waivers for the
mission and to formally request host nation support for force
protection. The Greek Coast Guard has always provided first
class force protection for us during previous missions and this
was going to be no different.
One week out, we began to have a few problems. First we
received a new schedule from MSC that was going to be much
more ambitious, receiving vessels almost on a daily basis at
times. The port authority explained that due to a lack of sufficient
stevedores in the region, this schedule would not be
supportable. Eventually, working with MSC and EUCOM and
the port authority, we received a schedule that worked. We then
discovered that another ammunition export mission to Lebanon,
(that we had been expecting to occur), was going to happen
during our first week of operations in Astakos and Ashdod, at
the Greek East Coast port of Stylis. Theofanis Skepetaris would
go with a representative from the battalion S-3 to oversee the
stuffing, movement and loading of ammo containers. We would
now have to actually close operations in the home terminal for
two days, leaving only our System Administrator to monitor
the phones. Fortunately this did not impact any cargo moving
through the port of Piraeus. Then we discovered, one week out,
there was going to be a small export mission out of Ashdod before
we began any of the import vessels. We planned only two
persons in Ashdod, Spyros Vogiatzis, Chief of Operations, and
myself to check cargo and supervise the discharge of the cargo.
Port Operations at
Astakos
Αναρτήθηκε από theodoros margaris στις 2:53:00 μ.μ. 2 σχόλια: 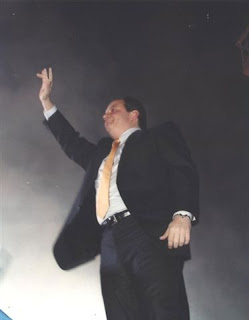 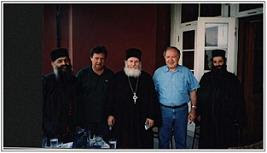 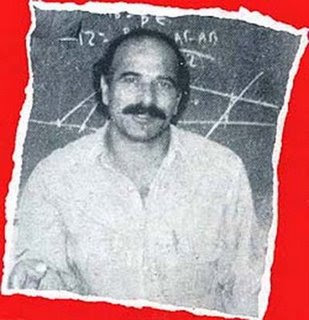